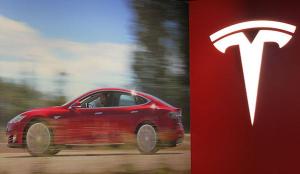 Tesla denied plans for a meeting in Beijing, The Wall Street Journal reported on Tuesday, citing Simon Sproule, vice-president for marketing and communications. Tesla plans its first customer deliveries in Beijing or Shanghai next week, he said, according to the report.

Electric vehicles are becoming more popular in China as auto demand increases and the government attempts to cut car emissions.

Tesla CEO Elon Musk has said China could potentially be the company’s biggest market with sales equaling those in the US by next year. Tesla has reportedly been in talks with the State Grid Corp of China, the country’s largest utility company, about cooperation to build charging stations. The State Grid has given no response.